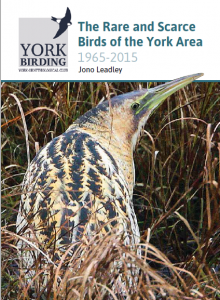 The Rare and Scarce Birds of the York Area 1965 to 2015 was written by Jono Leadley, the York area recorder and published by the York Ornithological Club in November 2017.
The 74 page book contains details of all species that have occurred in less than half the years since the Club’s formation in 1965. All records are listed with comments about the occurrence. The book contains several photos of featured birds taken by local photographers.
Club members will receive a copy along with the 2016 report and can purchase further copies if wanted. They will be available at club meetings while stocks last.
Non-members can order a copy from the Secretary using the ‘Buy Report’ form. The cost is £5 plus p&p. 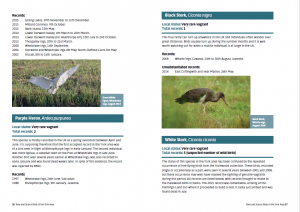 Get local news via email