The 15km Pocklington Canal starts at Canal Head on the A1079 just south of Pocklington and joins the Yorkshire Derwent at the southern tip of Wheldrake Ings (but on the other side of the river from Wheldrake and not accessible from there). The southern half of the canal is navigable as far as Melbourne; above Melbourne the locks are cascaded. 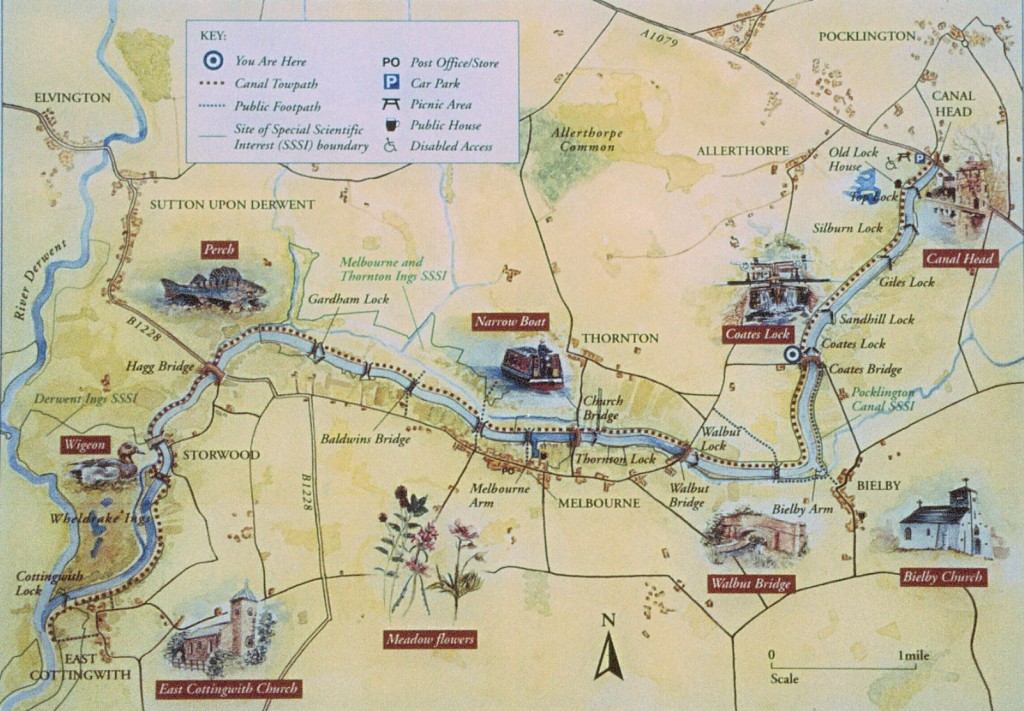 The canal and adjacent flower-rich meadows (ings) form part of the Lower Derwent NNR; the canal itself is an SSSI. It is a peaceful area, rich in wildlife. The canal has extensive fringing reed-beds and other bank-side vegetation, and there are wooded sections.

The more interesting resident species include Grey Heron, Kingfisher, Tufted Duck, Barn Owl (regularly seen hunting the tow-path and ings), Willow Tit and Reed Bunting. In winter, Water Rails can be heard ‘screaming’ from the banks, and the flooded ings support large flocks of wintering wildfowl, including at times rarer geese (Whitefronts, Bean). In summer the fringing reed-beds support large populations of Reed and Sedge Warblers, with Blackcaps, Chiffchaffs and Willow Warblers in the adjacent scrub, hedges and wooded areas. Until recently Turtle Doves were quite common but (as in many other parts of the UK) now seem to have disappeared. Curlews, Redshanks and Lapwings all breed on the ings, and Whimbrel occur on passage. There are plenty of raptors, including Buzzards, Kestrels, Sparrow Hawks, increasingly Red Kites, and occasionally Peregrines.

There is a healthy (but elusive!) population of otters. The wild flower meadows are not only beautiful, but hold a number of rare species, and the aquatic invertebrates are of national significance. Dragonflies include one of the most northerly populations of Red-eyed Damselflies, and recently colonized Ruddy Darters

You need a car or a bike to get to the canal from York. Once there, a public right-of-way runs along its whole length on the clearly signposted tow-path, passable on a mountain bike. But the birding is better on foot, from several access points, although winter floods can make walking impossible.

Three good walks (returning via the same route), with grid-references from OS Sheet 105, and all including parking at the start, are: