Oops! It appears that you have disabled your Javascript. In order for you to see this page as it is meant to appear, we ask that you please re-enable your Javascript!
↓ Skip to Main Content
Home › About the York Ornithological Club

About the York Ornithological Club

The York Ornithological Club was established in 1965 by people who attended an adult education class in order to continue with what they had learned. The club has developed since then and currently has around 70 members. 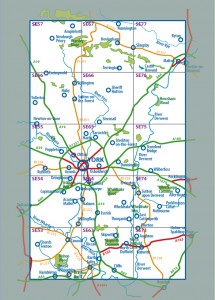 One of the aims of the club is to publish a report of bird records in the club recording area for posterity. This is now done in the year following the records. A copy of the report is included in the year’s membership subscription and they can also be purchased by contacting the secretary or using the form.

The YOC meets monthly throughout the year at St Olave’s Church Hall on Marygate Lane in York, usually on the first Tuesday of the month, and runs trips to birding areas both inside and outside the club recording area on the Sunday following the first Tuesday. There are no meetings or trips in July or August but there are often evening walks in the programme. For information about the meetings and trips, click here.

We run a Googlegroups forum, YorkBirding, for dissemination of local information, this can be received by email. The @YorkBirding Twitter account provides up to date sightings from local and visiting birders. This broadcasts significant reports from the Googlegroup as one source of information. Our homepage contains a Twitter timeline feed from @YorkBirding.

Many of our members also belong to the RSPB York Local Group, have a look at their site too, and several are actively involved in BTO surveys.

Get local news on email